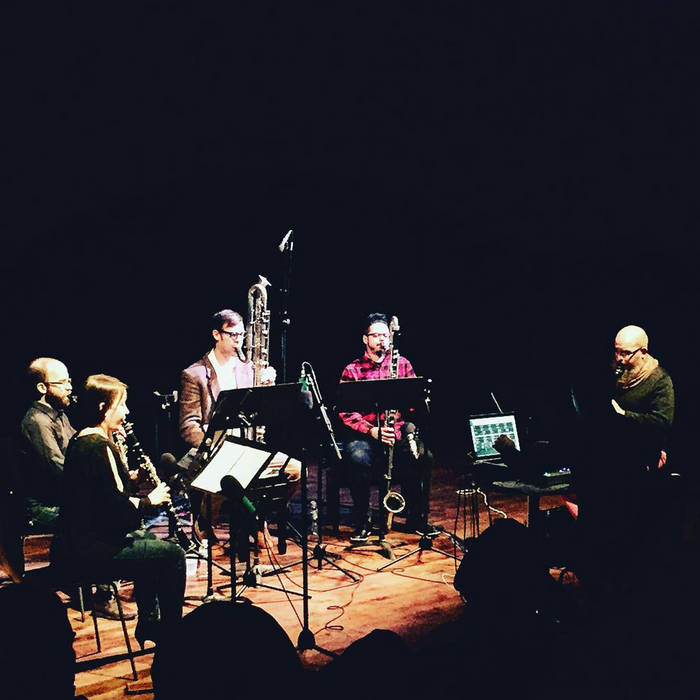 Composer Carl Testa's expanded version of his piece Ultraviolet for five clarinets and live electronic processing which was premiered in Amsterdam at the Doek Festival in June 2015. The ensemble navigates a partially composed and improvised score while continually undergoing live electronic processing by the composer that influences the direction of the composition. John Sharpe of The New York City Jazz Record wrote "Carl Testa’s 'Ultraviolet' subtly blended acoustic and electronic noises as well as notated and improvised materials to conjure a splendidly successful piece, a sort of glacial minimalism expanded and subverted by the electronic overtones."

Recorded and Mixed by David Zuchowski on December 20th, 2015 at Constellation, Chicago, IL as part of Peter Margasak's Frequency Series